Members of the campus community gathered in front of the Darwin R. Wales Center’s flagpole on Friday, September 9, 2022 to attend the remembrance ceremony commemorating the 21st anniversary of the horrific events that occurred on September 11, 2001.

In addition to SUNY Broome’s faculty, staff, and students, members of the local community came to campus to honor the individuals who lost their lives over two decades ago during the attacks.

The ceremony began with a collective moment of silence, followed by a beautiful rendition of “Amazing Grace,” played on the bagpipes by Rich Maloney, Ken Roe, and Josh Nytch. SUNY Broome’s President, Dr. Kevin Drumm, addressed the crowd and expressed his gratitude for the community’s efforts to gather annually in this manner. “In my now over 12 years at the College, I have always appreciated the campus community’s desire to annually honor the memory of the 2,977 individuals who lost their lives due to the tragic coordinated terrorist attacks that were carried out on September 11, 2001… It has truly been an honor to serve as the emcee for this ceremony each year and I hope to continue to attend this event as a member of the community after I retire,” shared Dr. Drumm.

Dr. Drumm took the opportunity to remind those in attendance to thank the first responders in our community, the vast majority of whom were educated either at SUNY Broome or at other community colleges across the nation. “After 9/11, Americans felt an overwhelming call to serve their communities and their nation in the U.S. military, and as police officers, firefighters, paramedics, healthcare professionals, and counselors – in order to dedicate their lives to the well-being and safety of their fellow citizens. We are continually appreciative of their service,” said Dr. Drumm.

Due to September 11th falling on a Sunday, SUNY Broome intentionally elected to host the remembrance ceremony on the Friday before, so that students would have the opportunity to attend.

Learn more about SUNY Broome’s Veterans and Military Affairs Office and the services that they provide. 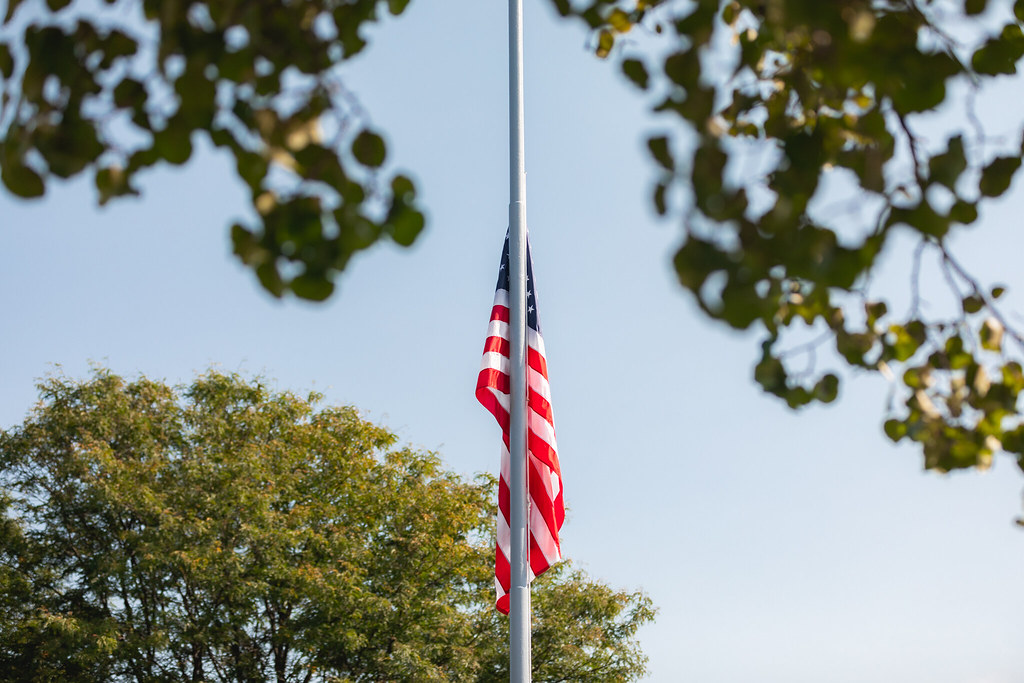