Eric Arduino: Expanding His Backyard to Include the State of New York and SUNY Broome For the past 75 years, SUNY Broome (or whatever our official title was at the time) has been a household name in the Southern Tier of New York. Much to our dismay, that sadly is not the case as you travel down I-81 S into Northeastern Pennsylvania. Thankfully, our name, reputation for academic excellence, and affordability reached Eric Arduino, sports management student and member of the SUNY Broome’s soccer team.

A native of Dunmore, Pennsylvania, Arduino attended Dunmore High School where he was a talented center-midfielder for the varsity soccer team. After back to back major ACL injuries left Arduino without both a sophomore and junior soccer season, his athletic trainer suggested that he consider competing at the junior college level as a way to transition into collegiate athletics.

Eric was open to the idea and began exploring his options. Arduino’s “must-haves” list included that the college be located within a three hour radius of his home, that it offered a sports management transfer track, and that it had a competitive soccer program. Arduino’s trainer, Jenton Esworthy of AthElite Performance Training in New Milford, PA, suggested that he explore SUNY Broome. After doing a little research, Eric realized that SUNY Broome checked all of his boxes and then some.

Like the majority of students from Northeastern Pennsylvania, Arduino was unfamiliar with SUNY Broome, as well as with the SUNY system in general. Even though Pennsylvania is New York’s closest neighbor to the south, students across state lines often don’t explore SUNY’s 64 colleges and universities that comprise the largest comprehensive university system in the United States.

After setting the record straight that he was going to “SUNY” instead of “Sunny,” Arduino arrived on campus in August 2021 and took to the field as #3. SUNY Broome’s relatively close proximity to Dunmore, PA turned out to be a bonus for all of the Arduino’s. “My parents easily attended every home game because the trip was only an hour from Dunmore. They also made the effort to travel to all of our away games as well. We joke that they took a tour of New York, because our games were hosted all across the state in Albany, Buffalo, Utica, Syracuse, and more. My injuries made us all miss two years of soccer, so my parents wanted to make sure that they never missed a SUNY Broome game,” said Arduino.

SUNY Broome’s soccer team had two other Pennsylvanian athletes that Arduino had met years prior in competitions and training sessions. “We represented PA well. One player is from Mountain View, one is from Montrose, and then I travel the farthest coming from Dunmore. We have a great group of guys on the team.” As a student athlete, Arduino lived on campus in SUNY Broome’s Student Village for the fall semester. He intended to remain a residential student in the following spring, but after reviewing his academic schedule, he realized that thanks to many of his sports management classes being offered in a hyflex format, that he could live at home and commute to campus two days a week.

“Living on campus during the soccer season was great because of my busy schedule of classes, practices, and away games, but the off-season is a much quieter time for me. My academic schedule made it possible for me to live at home and commute, which will ultimately save me a bit of money by not having to pay room and board fees for the semester,” said Arduino.

SUNY Broome’s affordability particularly surprised Arduino, who naturally assumed that being a non-New York state resident would equate to high tuition costs. After crunching the numbers, Eric realized that even as a Pennsylvanian, SUNY Broome’s out-of-state tuition and housing rates were still substantially less expensive than all of the colleges and universities in his backyard of Northeastern Pennsylvania. This includes both private and public universities and the region’s community and technical colleges. So not only was SUNY Broome the right fit for Arduino academically and athletically, but it was also the best option financially.

Two days a week, Arduino hops on I-81 N and drives the 60 miles to campus. He uses his commute to reflect on his past challenges, his current successes, and his future goals.

“After my injuries, people commented that I would never be as good of a player as I was. I worked really hard over the past few years to prove those comments wrong and to show my value as an athlete, first during my senior year of high school as a member of the Lackawanna League All Star Team and then for SUNY Broome, even though I am technically on the smaller side. Right now my goal is to do as best as I can this academic semester in my sports management classes and prepare for our next season.”

“Learn more about how you can start your journey at SUNY Broome!” 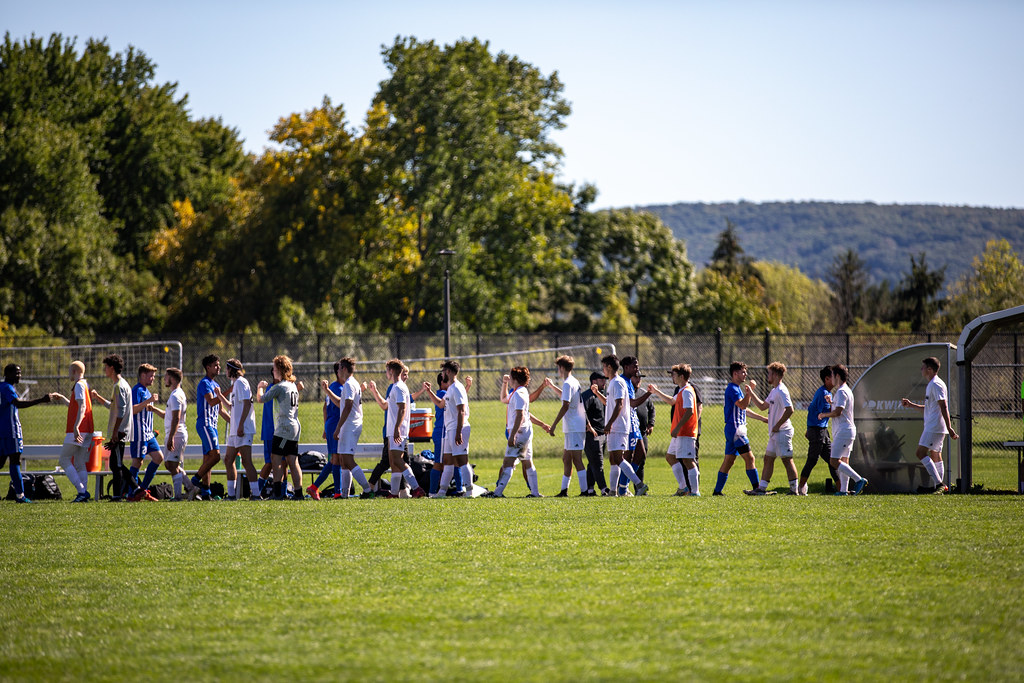