A once in a lifetime chance: Middle school students apply to P-TECH SUNY Broome Executive Vice President and Chief Academic Officer Francis Battisti had quite an offer for a room full of eighth-graders.

“How many of you in this room would like to be given $100,000?” he asked, and a sea of hands shot toward the ceiling in response.  “That’s exactly what today is about!” Dr. Battisti told them.

Fifty of the approximately 115 middle-school students in the room will have an incredible opportunity for their future: the chance to earn a college degree for free, while working on their high school diploma.

Funded by a grant, the Pathways in Technology Early College High School (P-TECH) program is a collaboration between SUNY Broome, Broome-Tioga BOCES, area school districts and a half-dozen industry partners, and is designed to provide a career pathway for economically disadvantaged students. 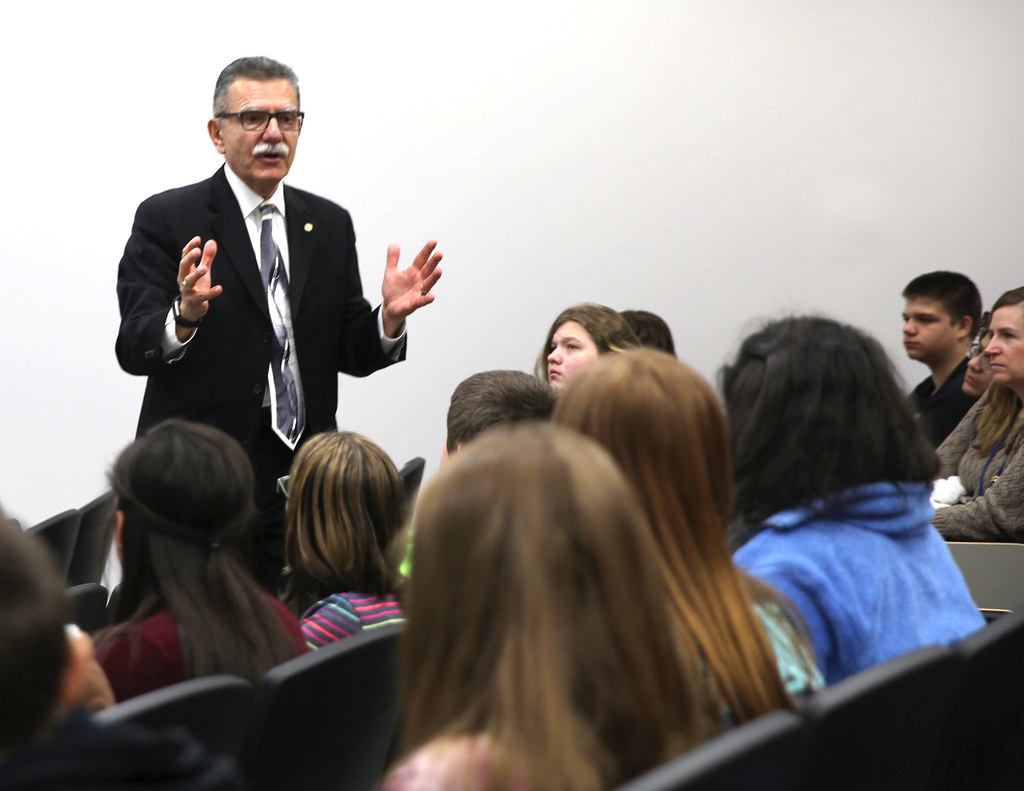 The six-year program supports students in earning both their high school diploma and associate’s degree from SUNY Broome in health science, computer technology or engineering technology. Students are also supported by industry partners, who provide mentorship, guidance and workplace learning during the six years. Students apply for the program through their guidance counselor, and will know whether they have been accepted for a fall start later this spring. They don’t need to be stellar students to apply, Dr. Battisti said, although they will work hard once they’re in the program. A SUNY Broome graduate, he wasn’t the world’s best student himself when he was their age, he admitted.

The future scholars took a tour of campus, exploring classrooms and lab space. They had some good questions, too; Hasan Wakefield of Binghamton’s East Middle School was intrigued by the EMT classroom with its ambulance simulator, and wanted to know how much voltage a defibrillator uses.

The physical therapy lab with its water tank was fascinating, added Wakefield, who was interested in both health and computer science. Justin Golden of Windsor already knows his passion: computer science and coding. Still, the tour exposed him to a range of opportunities and experiences. His favorite part?

One task he took a shine too: Creating a peanut butter and jelly sandwich by using algorithms.

“It helps solve the problem you want to solve,” Golden explained of the concept, which is integral to computer science.

Like their peers, both students were excited by the opportunities that P-Tech represents.

“That would be incredible,” Wakefield said of the prospect of being accepted. “It’s a once in a lifetime chance.”